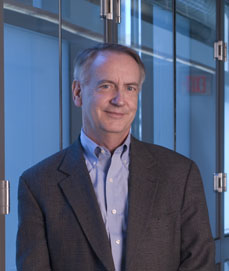 Tom Cassel is the director of the Engineering Entrepreneurship Program in the School of Engineering and Applied Science at the University of Pennsylvania. Tom joined Penn’s faculty in 1999 following a 20-year career of entrepreneurial business leadership. He received a full professorship appointment in 2002.

Early in his career, Tom spent 3 years with the U.S. Peace Corps Agency building UNICEF-sponsored water supply systems in remote mountain villages of Lesotho, southern Africa. He then relocated to California in the early ‘70s and was employed at Bechtel Corporation, a worldwide leader in the engineering and construction industry. At Bechtel, Tom specialized in research and development of advanced electric power technologies. This led to the launching of his first entrepreneurial venture in 1978, providing advisory services to U.S. governmental agencies and to companies seeking to invest in energy technology ventures.

Over the next 7 years this startup grew to a team of a dozen highly regarded energy specialists. The firm was acquired in 1985 by the publicly held, Philadelphia-based Reading Company (one-time owners of the Reading Railroad). As a division president within the Reading organization, Tom then launched Reading Energy Group, which evolved to become a pioneer in the independent electric power industry. The Group developed large-scale, waste-fueled power plants using cutting-edge combustion and environmental technologies.

Three years later in 1988, with funds from a major European bank, Tom and his management team purchased the Energy Group and its power plant assets from Reading Company in a leveraged buyout. Renamed Reading Energy Holdings, Inc., with Tom as CEO and majority shareholder, the privately held company grew to 65 highly motivated employees in 3 locations. As the company grew they acquired 2 companies, started 6 more, and formed strategic alliances with a number of major technology corporations. By 1998, the company had developed, owned and operated advanced power facilities having capital costs exceeding $600 million.

Tom and his fellow management shareholders “harvested” in the mid-1990s and sold their power plant assets to multinational corporations. Tom earned BSc, MSc (mechanical engineering) and Ph.D. degrees from the University of Pennsylvania, and has completed studies in Harvard Business School’s Owner/President Management Program. He has published more than fifty papers, articles and a book, has addressed numerous conferences and hearings, and has appeared in both radio and television media. He has served as an advisor to a number of high-tech startup ventures, and is active with several non-profit organizations. In 2003 Tom received the School’s S. Reid Warren Award for Teaching. In 2005 he received the School’s D. Robert Tarnall Distinguished Alumnus Award. In 2007 he received the University’s Provost’s Award for Distinguished Teaching and the Ford Motor Company Award for Faculty Advising.

Tom and his wife, Chris, reside in Moorestown NJ. They have three married sons: Joe, Brad and Tommy, and six grandchildren.